42-year-old Sherman Edward Price, seen in a video allegedly picking up a 12-year-old boy by the neck, strangling him, throwing him to the ground, and punching him, has been charged.

“I received a phone call from the bus compound and they told me that my son’s bus was being followed by a man,” Evans Sr. said.

Evans Sr. said the man, identified as Sherman Price, also brandished a gun. He said the bus driver planned to take his son straight to his front door, but because of other family members on the bus, his son got off at his relative’s stop. Evans Sr. said when his son and other relatives got off the bus, they ran, but Sherman Price later found his son coming out of an alley.

“He caught my son coming out of an alley after they got off the bus running, and that’s when the assault on my son started,” Evans Sr. said.

Evans Sr. told The North Carolina Beat that his son said he was playing with his cousin on the bus, and Sherman Price’s daughter accidentally got hit in the face.

However, Evans Sr. said he did his own digging and found that his son had hit the little girl in the face.

“I reached out to the bus compound because I know they had cameras and I asked what happened and they told me that my son hit the girl,” Evans Sr. said.

Evans Sr. said admitted that his son was wrong. He said he got on to his son about what he did, but he just couldn’t come to be okay with Sherman Price assaulting his child. Evans Sr. said the bus also didn’t have any audio, and it couldn’t be determined what the girl said to his son.

“My son was in the wrong, but it didn’t cause for this situation,” Evans Sr. said. “I told my son that we don’t put our hands on girls and I reminded him that he has sisters.”

Evans Sr. said that Sherman Price could’ve found another way of handling this and could have found a way to contact him.

“That man could’ve figured out how to get a hold of me, and I would’ve taken care of the situation right in front of him if I had to,” Evans Sr. said.

WATCH THE ASSAULT VIDEO BELOW:

Sherman Price was arrested Thursday, December 15, on the charges of Assault, Child Abuse, and Strangulation.

He bonded out of jail on a $5,000 bond Saturday and was placed on home confinement with an ankle monitor until his next court date. 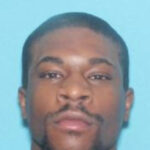