Fayetteville, NC woman denied twice to press charges against Judge who tried to assault her with his car

It has been an ongoing problem for black people to file criminal charges in Fayetteville when a crime has been committed against them, and the suspect is white.

A problem the city of Fayetteville has failed to solve, and for one woman in Fayetteville, it has been nearly impossible, being that the person in her case she is accusing is a North Carolina Court of Appeals judge.

On Friday, May 7, Myah Warren said that she and about 30 other protesters were protesting at the Fayetteville Market House when a white man who was later identified as Judge John M. Tyson tried to hit her in with his vehicle.

Warren told The North Carolina Beat that Judge Tyson drove around the Market House twice, and on the second time, he sped so fast trying to hit her that he went up on the curb.

Which the picture below will explain why Judge Tyson’s vehicle was pictured on the sidewalk. 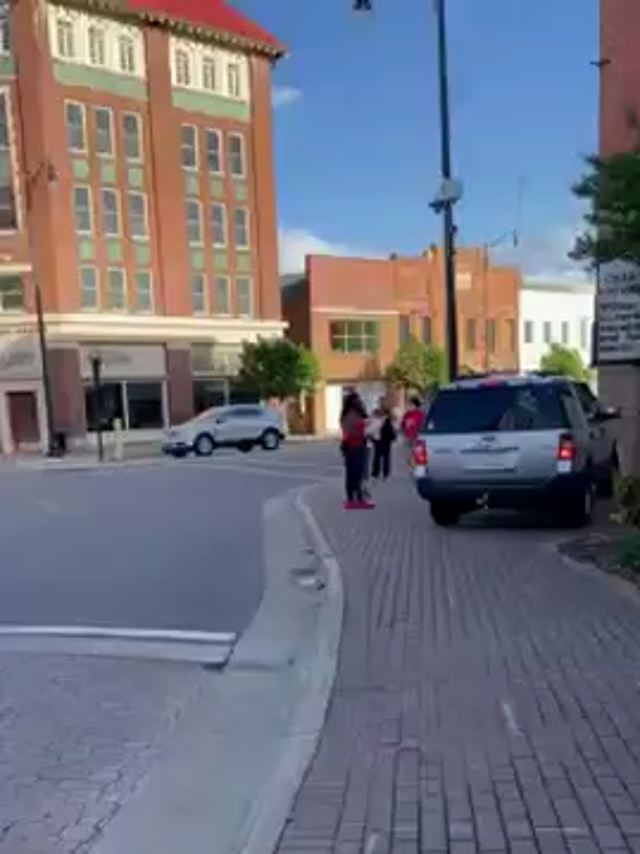 Warren said on Monday, May 10 and Tuesday, May 11, she tried to go file charges against Judge Tyson, but one magistrate told her that Judge Tyson ‘wasn’t even a judge anymore’ and that she couldn’t, and the other one told her no.

One of the white judges told me that he wasn’t even a judge anymore and there was nothing i can do and the other one just said no. warren said.

It was very inappropriate for a magistrate to tell Warren that Tyson wasn’t even a judge anymore because it doesn’t matter what position or title a person holds. If you commit a crime, you should be held accountable. Warren said she could not get the name of the two magistrates who initially denied her requests.

When Warren was asked how she found out who the man was in the vehicle, she said she already knew who he was.

I knew who he was off the back and he is a very racist guy, Warren said. He makes racial comments, facebook posts different things of that nature.

Warren said that Jude Tyson knew who she was.

There are certain activists who names rings bells in Fayetteville and I’m definitely one of them, Warren said. So, I know for a shadow of a doubt he knew exactly who I was.

On Friday, May 15, a black magistrate named Williams charged Judge Tyson with assault with a deadly weapon after Warren testified that he nearly hit her with his car.

Judge Tyson is represented by David T. Courier Sr., a partner in the Fayetteville law firm of  Beaver Courie Sternlicht Hearp & Broadfoot, P.A. and he released the following statement:

I write to inform of my and my firm’s representation of the Honorable Judge John Tyson in the misdemeanor summons brought by an individual, not law enforcement, 7 days after the alleged date of offense. It will not be appropriate to comment on the matter at this time. We will proceed with faith in the facts and our system of justice.

To me, it seemed like Courier was downplaying the time frame of Warren filing charges, but in North Carolina, a person has two years to file charges against someone before the statute of limitation expires.

Warren said she is demanding that Fayetteville Police Chief release the footage that the police were ultimately able to look at during their investigation of the incident.

Warren said she could not get the name of the two magistrates who initially denied her requests.

Seriously, this sister’s sauce is pretty weak. Got turnt out and didn’t go all Karen and get the crakers name?