A struggling Winston-Salem, North Carolina pastor who couldn’t come up with $3.5 million in 2019 to save his church, formerly Greater Cleveland Avenue Christian Church, stood behind his pulpit Sunday and told certain members to kiss his ass.

An ass he couldn’t get anyone to kiss when he needed $3.5 million in 2019 after his church filed for bankruptcy in 2018.

Bishop Sheldon McCarter, who lost his church to foreclosure for failing to pay Apex Bank $3.5 million, couldn’t get to the money bag to save the historic African-American church.

On this past Sunday, Bishop McCarter seemingly had a nervous breakdown about “fake” church people in his ministry, the same church people he begs money from every Sunday.

In the 4 minute video obtained by The North Carolina Beat, Bishop McCarter appears angry and goes on a rant about fake and phony people in his church.

To hell with all the fake folk, said Bishop McCarter. I’m looking for real folk in this season. I ain’t playing games no more.

It’s unclear what games the Bishop is referring to, but it seems like the members aren’t onboard with whatever it is he is trying to do with his church. Well, at least the smart ones aren’t. Maybe the fools and the bamboozled are. As a result, the smart ones who know how to hold on to their wallets and pocketbooks are being called “fake and phony.”

After this sleazebag said to hell with the fake folk, he told the church, “you can kiss my ass.” You would have thought Jesus stepped in the room, the way some of the members were happy that he told the people to kiss his broke, busted, and disgusted ass. It appears that someone needs to intervene and get Bishop McCarter mental help because it looks like he is on his way to suicide, the way he is angry and upset at the people of God.

Bishop McCarter said his church can’t move because too many fake people are sitting in his church pews. He also took shots at over 500 members he referred to as “negros” that he claims left his church over the last two years. It seems like those “negros” was smart enough to get the hell away from his fake LAST TWO DOLLARS, I DON’T WANNA LOOSE Jonnie Taylor-looking ass.

As I stated earlier, back in 2018, the formerly known Greater Cleveland Avenue Christian Church defaulted on its mortgage and owed Apex Bank, a Tennessee-based bank.

Bishop McCarter had been the pastor for the church on Lansing Drive for 30 years and people wondered how he pastored so long and got behind, to the point that people accused McCarter of stealing money from the church.

On April 20, 2018, the church filed for Chapter 11 bankruptcy protection, which gives a debtor a way to reorganize its finances and debt and protects them against foreclosure if the debtor follows a court-approved reorganization plan.

If Bishop McCarter had the holy ghost for real, the holy ghost would have told him to pay his bills on time, but instead, he found out that he wasn’t as anointed as he thought he was when he had to turn over the keys from his powerless hands.

The church got in their feelings so bad that they posted on their website at the time:

“Now Satan, and Apex Bank, we bind you and your negative activity in the name of Jesus and we loose ministering angels and the spirit of God to minister for us and to bring the necessary finances, so we may carry out the will of God for this ministry.”

The prayer and/or proclamation didn’t work, just like the spells that some members said Bishop McCarter put on them when he stated that they weren’t going to amount to anything if and after they left his ministry.

Bishop McCarter was so greedy that during the bankruptcy season his church was going through, he still wanted and was getting paid a salary of $100,000 per year, plus a $57,000 yearly housing allowance, a car allowance of almost $15,000 per year, and health insurance of about $33,500 annually. It was also reported that Bishop McCarter was getting “love offerings,” birthday, and other gift offerings from members of his congregation.

I’m in disbelief that he was getting love offerings because none of them pimps, hoes, and prostitutes under his leadership loved him because if they did, they would’ve helped his ass pay them folks, they damn MOOLAHHH BABY!

It was a shock to watch and hear in the video about Bishop McCarter dawg the 500 members that left his church because, during the time of his bankruptcy mess, he told the courts that in the years before they filed for bankruptcy in 2018, that the church “had suffered a drop-off in membership.”

If you stood up behind your pulpit, told me to kiss your ass, and called me fake and phony, I would have left your church too. Being nasty and then asking for help is a helluva drug because it won’t take you HIGH; it drops you on your big bald ass head as that bankruptcy did.

On June 20, 2021, Bishop McCarter bounced back because they were holding their first service in their new church at 3300 Reynolda Rd Winston-Salem, NC.

While Bishop McCarter doing all the woofing on the net, he better hope a Hurricane don’t come through and tear this Reynold’s Wrap Aluminum Foil church down.

The church has since deleted the video above due to backlash letting us know that Bishop McCarter was having a nervous breakdown and didn’t mean what he was saying because if he were real like he said he was, he would’ve left it up.

It seems to us that if Bishop McCarter keeps roasting his church members like this, he gone be without a church, a wife, and eating peanuts for dinner. 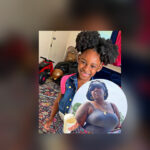 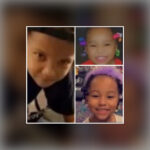