West Virginia police shot and killed a man who was walking around waving a gun near U.S. Route 19 near the Crossroads Mall in Beckley Wednesday morning.

The video was sent to The North Carolina Beat by a West Virginia follower who says her friend’s aunt recorded the shooting.

Police have not released details about the pursuit that led to the shooting, which happened around 10:00 a.m., according to a local report.

The video shows a white man with long hair and a beard running through the grass with a gun while wearing a hooded pullover. As police followed behind him with their weapons aimed at shooting him, the man pointed his gun several times at his head. Upon reaching Robert C. Byrd Drive, the man turned towards motorists and waved goodbye before turning to police, where he was shot and killed. 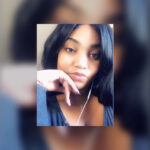 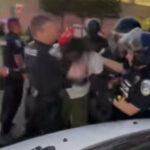