The death of 25-year-old Rasheem Carter draws outrage in Mississippi as police continue their cover-up of Carter’s death.

It seems like Rasheem being a black man, was the reason he did not get help from the Taylorsville Police Department when he asked them if he could stay there because a bunch of white men was threatening him, stalking him, and following him.

The city of Taylorsville is doing everything possible to silence Rasheem’s story and his family’s voice. However, Taylorsville has a force to reckon with because the Carter family tells The North Carolina Beat that they will fight until Rasheem Carter gets justice.

Two days before Rasheem’s disappearance, he told his mother, Tiffany Carter, that he feared for his life and that if anything ever happened to him, his boss was responsible. (THE BOSS IS IDENTIFIED FURTHER DOWN IN THE STORY)

Tiffany Carter told The North Carolina Beat that Rasheem Carter lived in Fayette, Mississippi but was out of town in Taylorsville, Mississippi, contract working with Georgia Pacific. She said that she spoke to her son on Saturday, October 1, 2022, and Sunday, October 2, 2022 and that Rasheem was trying to get a ride from work in Taylorsville back to his hotel in Laurel, Mississippi, where he was staying while out of town working. Tiffany said things took a turn when the co-worker Rasheem usually rode to work with told Rasheem that he could not ride with him anymore.

Tiffany told The North Carolina Beat that when she spoke to Rasheem on Saturday, October 1, 2022, he told her that three white trucks full of white men were chasing and trying to hurt him. She said she told Rasheem to go to the Taylorsville Police Department and tell them what was happening. Tiffany said she was on the phone with Rasheem when he told them three trucks full of white men were chasing him and trying to hurt him, and he needed a ride back to his hotel in Laurel, but the police department said they could not help Rasheem.

Taylorsville Police Department told Rasheem that Laurel was out of their jurisdiction. Tiffany said Rasheem asked if he could stay at the department until someone came and picked him up, and they told him no.

“They told him he couldn’t stay there,” Tiffany said.

Tiffany said she took it upon herself to call the Taylorsville Police Department to find out why they could not help her son, and they lied to her, saying that when her son came into the department, he never said someone was trying to hurt him.

They lied to Tiffany because she was on the phone with Rasheem when he went to Taylorsville Police Department for help.

“I was on the phone with my son when he went into the police department asking for help, “Tiffany said. “They gon tell me he never told them that someone was trying to harm him.”

Where Rasheem stayed Saturday night after he and his mother, Tiffany, hung up is unknown, but Tiffany said she spoke with Rasheem again on Sunday, October 2. She said that Rasheem was still saying that the white men were still following him and trying to harm him. Tiffany said she told Rasheem that she would send her friend girl to pick him up.

Tiffany said that when her friend girl got to where Rasheem dropped his location, he was nowhere to be found.

“So, sometime between 10:46 a.m. October 2 and 4:32 pm, something went on with my son,” Tiffany said. “Between that timeframe, something happened. I never talked to him again.”

On November 1, Smith County Sheriff, Joel Houston, contacted Tiffany and asked if she could identify a body on a hunter’s video in a wooded area just south of Taylorsville. Once Tiffany was shown the body, she told Houston it looked like her son, Rasheem Carter. Tiffany could also identify the body as her son’s because of the belongings also found on him. The following day, the mangled remains of Rasheem Carter were recovered at a deer park off Highway 37, a mile south of Taylorsville.

Tiffany told The North Carolina Beat that from her photos, her son had bruises on the back of his neck close to his hairline, but officials told her that they did not see any bruises on Rasheem. She said police told her they were not downplaying that Rasheem did not have bruises; they just did not see any on him. Tiffany said that when authorities took her to where her son was found, she immediately knew that foul play was involved.

“The area they took me to was like a hunting area and my son don’t hunt, “Tiffany said. “I told them right off the back that some foul play was involved.”

The boss Rasheem was working with in Taylorsville is the same man that The North Carolina Beat identified as 39-year-old Stephen Clements of Pleasant Hill, North Carolina.

Tiffany told The North Carolina Beat that she has not been able to physically see her son’s remains and has been unable to lay him to rest because his remains are still with the State Medical Examiner.

The FBI is involved in the investigation, and no arrests have been made in Rasheem Carter’s death. 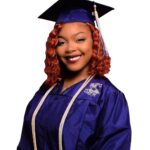 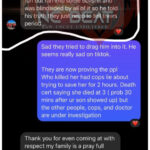