The food may be good, but the change is strange, and now Jay’s Kitchen in Goldsboro, North Carolina, must pay staff what they are owed.

The shocking results of an investigation into Jay’s Kitchen by the United States Department of Labor’s Wage and Hour Division announced Tuesday was a financial blow to the Goldsboro-based restaurant.

Investigators discovered that Mugen Inc. operating as Jay’s Kitchen, kept workers from receiving their full wages rightfully owed to them. Instead, the restaurant kept portions of the employee’s earned tips. As a result, the owners now must pay $157,287 in back wages to 65 workers affected by the illegal labor practices.

According to the government, Jay’s Kitchen kept a percentage of employee tips, a minimum wage violation under the Fair Labor Standards Act. In addition, the moment Jay’s Kitchen decided to keep a portion of staff tips, they lost the right to claim a tip credit, which means they were calculating tips they were taking from staff’s wages and pocketing the difference.

In other words, they were STEALING…BIG TIME!

The Department of Labor said that Jay’s Kitchen owed their employees the difference between what they ended up paying them and the $7.25 federal minimum wage for the hours each employee worked, which totaled $157,287.

The North Carolina Beat reached out to Mugen Inc and Jay’s Kitchen for comment, and no one was available for comment. 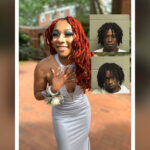