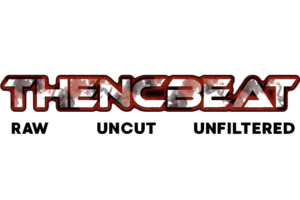 Outside of North Carolina
Updated: October 16, 2020

FBI says they will not be releasing the name of N.C. pastor who peed on a woman during Delta flight

The American People are learning more and more about the Grand Jury proceedings in the Breonna Taylor case. One Juror...
Read more

Two North Carolina women are fed up with President Donald Trump, so they took it upon themselves to remove...
Read more

‘Well Known’ Knightdale, N.C. pastor looses his mind on Facebook, says his wife is a gold digger and tried to abort his child

A North Carolina pastor has taken to social media to air out his marital issues and drags his wife...
Read more

Gerald Jacksonhttps://thencbeat.com
Hi, my name is Gerald Jackson and I am 24-years-old. I was born and raised in Troy, Alabama. I currently reside in North Carolina. I am a Journalist, Influencer, Content Creator, and a Man of Faith! I have been blogging for 4 years and I love it! I don't shy away from the truth, always speak my mind, and before I take anything back, I'll add more to it. Follow me on my social media below to keep up with my personal life. LOL!

The FBI in Detroit, Michigan, told The North Carolina Beat Friday morning that they would not be releasing the North Carolina pastor’s name who urinated on a Black woman during a Delta flight Monday until he is charged.

We wrote about this viral story Thursday, but the pastor’s unknown identity has left social media trying to figure out who this “Well Known” North Carolina pastor could be.

We were able to confirm that whoever this pastor is, is white and not black.

Alicia Beverly, the victim in this incident, says she and her sister had just left Las Vegas and was headed home to Detroit, Michigan. While asleep on the Delta flight, a man stood up and urinated on her.

Special Agent Mara Schneider told The North Carolina Beat in an email that “The subject was issued a court appearance for misdemeanor assault and released.”

Scheider said she could not release the subject’s name until he is criminally charged.

Until he appears in front of a judge and therefore gets formally charged, we will not be releasing his name. And, unfortunately, I don’t have any information about when he will appear, she said.

Unfortunately, I don’t believe this was an accident or some sleep aid reaction because, in MY opinion, if whoever has taken a sleep aid and done something like this, they would address this publicly and issue an apology. But it seems like whoever this pastor is, is not the Man of God they should be.

We may never find out who this pastor’s name is if the judge decides that this was an accident.

As someone who’s had a very bad experience with Ambien, which I would bet money is the sleep aid involved, it’s no joke. I did some very dangerous and embarrassing things while under the influence of it, and I know others who have as well. I’ve driven places in the middle of the night without remembering it, called random people I barely know on the phone and told them my life story, ordered things, paid bills with no money in the bank, cooked. I swore off it a few years ago. Anyone who has no experience with it has no… Read more »

I understand where you are coming from, but if this was a mistake and this medication has made people do things as you mentioned, then just come out and say that it was a mistake. Don’t hide or run!

The American People are learning more and more about the Grand Jury proceedings in the Breonna Taylor case. One Juror...
Read more
News

Two North Carolina women are fed up with President Donald Trump, so they took it upon themselves to remove 66 of his campaign signs. Officials...
Read more
News

‘Well Known’ Knightdale, N.C. pastor looses his mind on Facebook, says his wife is a gold digger and tried to abort his child

A North Carolina pastor has taken to social media to air out his marital issues and drags his wife for filth, at one point...
Read more
News

A North Carolina police officer was brutally beaten early Saturday morning after responding to a disturbance call. Sales were the only officer on duty in...
Read more
Exposed

They do say KARMA is real, and let me tell you; this racist man must've not known that, but he GON learn today! A North Carolina man...
Read more

The North Carolina Beat has been able to confirm with sources in North Carolina and Detroit, Michigan, that the N.C. pastor who urinated on...
Read more

On Tuesday, prosecutors in Illinois said 17-year-old Kyle Rittenhouse would not be criminally charged in his home state. Antioch police said that their investigation determined...
Read more

The family of Breonna Taylor has received a settlement from Louisville, Kentucky, of $12 million. Emergency Medical Technician, 26-year-old Breonna Taylor was killed on March...
Read more

Doctor claims there is a treatment for COVID-19, but her voice is being silenced 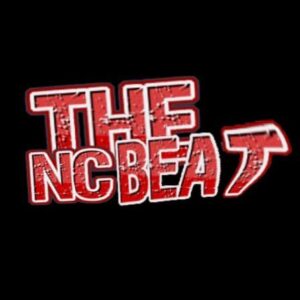 ABOUT US
Your source for RAW, UNCUT, and Unfiltered News in North Carolina.
Contact us: newstip@thencbeat.com
FOLLOW US
© 2020 The North Carolina Beat, LLC. All Rights Reserved
wpDiscuz
2
0
Would love your thoughts, please comment.x
()
x
| Reply
MORE STORIES