The LGBTQ+ community is mourning after three of its own were killed in Chicago early Sunday morning.

Around 5 a.m. this Sunday, a group of gays was fighting in the middle of a street when a sedan came flying, plowing into the group and sending their bodies into midair, leaving them dead.

Three victims, were transported to the University of Chicago Medical Center and were pronounced dead. The fourth man was taken to Stroger Hospital and is in stable condition.

A graphic video recorded by someone in their car shows the moment the car sped through a group of gays violently as the victims then landed further down the street as their shoes appeared scattered.

Someone named Scott Rivers made a post on social media tagging the alleged victims as Rayhunna Kennedy, Dondon Flex, and Cãrlëe J. McKinney.

No arrests have been made as of Sunday evening.

This is very sad. Prayers go out to all involved. 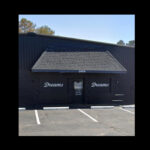 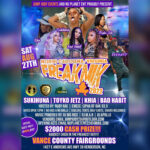