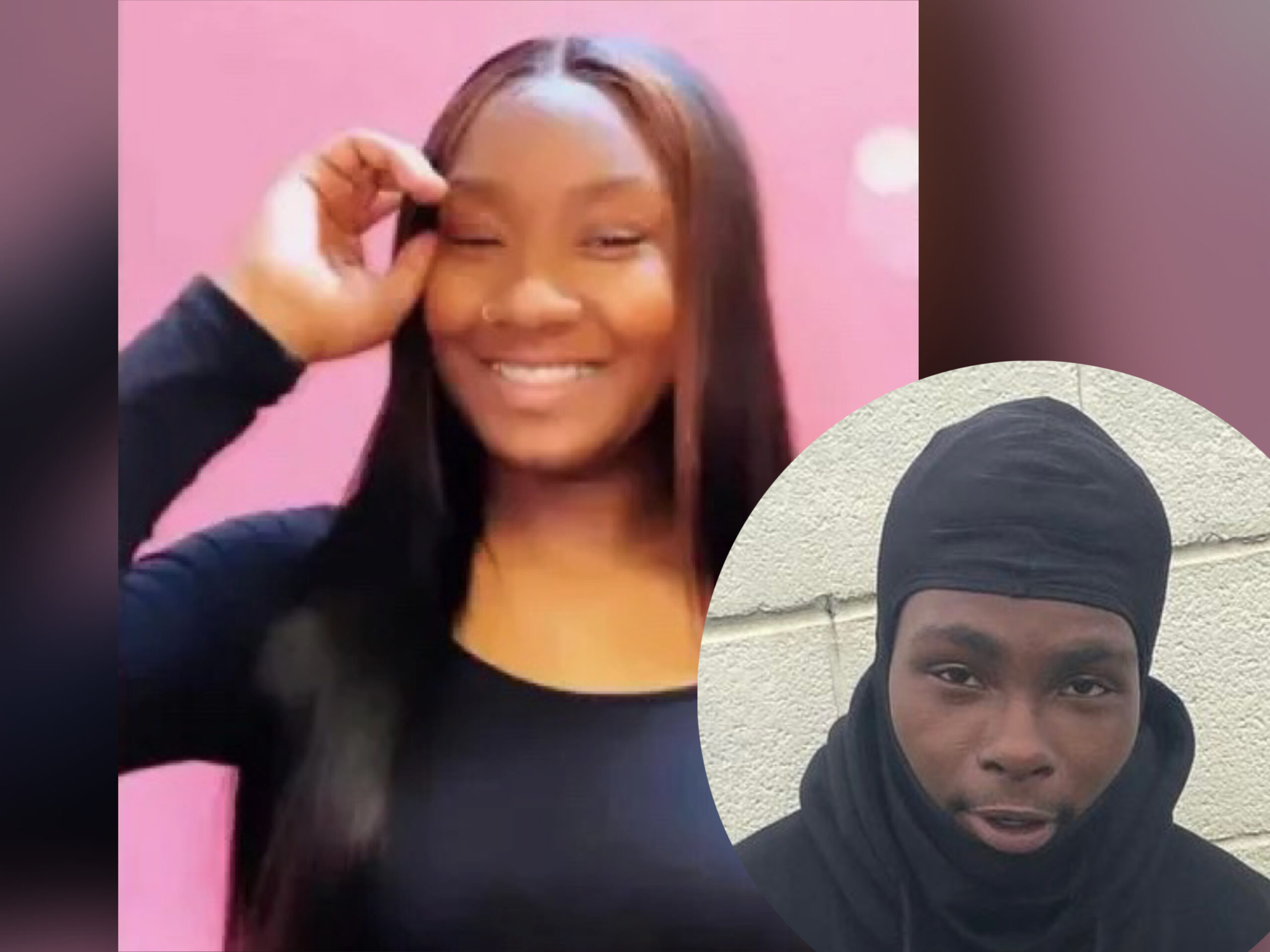 A Charlotte, North Carolina mother is seeking justice for her 16-year-old daughter, who was shot and later died from her injuries in August 2022.

The death surrounding 16-year-old Brittany Witherspoon is suspicious, and the family believes her alleged 19-year-old boyfriend, Channin White, may have killed her.

According to Brittany’s mother, Jessica Witherspoon, Charlotte-Mecklenburg Police Department closed her daughter’s case, saying Brittany killed herself, and they do not believe she did.

Jessica told The North Carolina Beat that she does not believe her daughter took her life because the gun used to kill her daughter was nowhere to be found at the crime scene.

On Wednesday, August 19, 2022, Jessica said she had just stepped out of the shower around 8 pm when she received a phone call from Charlotte-Mecklenburg Police Department about Brittany in the hospital in critical condition.

“Around 8 pm, I just stepped out of the shower and received a phone call from Charlotte police department to inform me that my child Brittany Witherspoon is in the hospital in critical condition because she had been shot,” Jessica said.

Jessica said she arrived at the local hospital around 8:30 pm and found out that Brittany was in emergency surgery. She said that while she was there, she still had not received any other information about what had happened to her daughter. Jessica said not one detective was in sight, just her and her family.

Brittany came out of surgery at 1:30 am. Jessica said she spoke with the doctors, who told her that her daughter had been shot in the left side of her neck and had a broken fibula, neck, and spinal cord.

Because of Brittany’s injuries, she had to have open heart surgery. The doctors told Jessica that her daughter might be paralyzed from the shoulders down. Jessica said her daughter had to be resuscitated twice and was placed on a breathing machine. Brittany was not breathing on her own.

On Friday, August 21, 2022, Brittany went in for her second surgery to have a metal plate inserted inside of her.

“That surgery went great,” Jessica said. “I had hope, but as the days went by my baby still wasn’t making any progress. They wanted me to pull the plug and I said no because I’m going to keep fighting for my baby because miracles do happen.”

Finally, Jessica received a call from a detective from Charlotte-Mecklenburg Police, who told her that 19-year-old Channin White called 911 and told them that Brittany had shot herself. It was White’s word against Brittany’s, but Brittany was deceased. She could not tell her story.

Jessica said her daughter did not kill herself because she was full of life.

“I know my baby didn’t do this to herself,” Jessica said. “She was so full of life, spoiled rotten, love dancing, doing her hair and make-up and keeping her edges on fleek, and hanging out with family and friends.”

On Monday, August 24, Jessica said her daughter was going back into surgery again. This time doctors had to put metal plates inside her neck to fix it, but she had a stroke right before that surgery, so doctors rushed her to the emergency surgery, where they removed a small piece of her skull on the left side because her brain was swelling. Jessica said that a few hours later, her daughter had another stroke.

Brittany was rushed into another emergency surgery, and doctors removed a bigger piece of her skull, leaving her brain dead.

Jessica told The North Carolina Beat that her daughter’s organs also started shutting down, and Brittany was still not breathing on her own.

On Friday, September 2, 2022, Jessica said she had to make the hardest decision of her life, which was to pull the plug on her daughter.

“I was left with the hardest decision of my life, letting my baby go, Jessica said. “The only thing that was keeping her here was the breathing machine. I watched my daughter take her last breath.”

Jessica said all she wants is justice for her baby.

“All I want is justice for my daughter,” Jessica said.

Brittany’s aunt Esha Witherspoon told The North Carolina Beat that Channin White reached out to them and said that he was in the shower and Brittany was playing with a gun.

“The boy did reach out one and said that he was in the shower and Brittany was playing with the gun and it went off,” Esha said. “He said he went there where Brittany was, called 911, and did everything the dispatcher told him.

Esha said they eventually tried reaching back out to Channin, but his number was disconnected.

“When we tried reaching back out to him, his phone was disconnected, Esha said. “We never heard anything else from him still to this day.”

Esha said that her family believes Channin killed Brittany. However, she said no weapon was found anywhere at the house, so how would her niece have killed herself?

It is a question the family has for Charlotte-Mecklenburg Police Department, and it is a question everyone should have. How do you say someone killed themselves or the shooting was “accidental,” but the gun supposedly used is nowhere to be found?

Esha said Channin called the shooting in as an accident, but Charlotte-Mecklenburg Police Department ruled Brittany’s death as “suicidal.”

“He called the shooting in as an accident, but there was no weapon on the scene,” Esha said. “Charlotte-Mecklenburg police said it was a suicide.”

Esha said her sister, Jessica, was texting Brittany an hour before the shooting happened about money to get a Lyft home.

“My sister and her daughter were texting each other before my niece was killed,” Esha said. “My niece was texting my sister about money to get a Lyft home, so what made her kill herself in that hour or so?”

Esha told The North Carolina Beat that her family had heard that Channin had been telling people that he shot a girl and needed to sell a gun, which the family believed was used to kill Brittany.

The North Carolina Beat was able to locate and speak to Channin White’s mother, Latosha White, who confirmed that the shooting happened at her home, but she wasn’t there.

While talking to Latosha about our story, she said she did not want to comment on what happened because her son is a grown man and can speak for himself.

When asked if she spoke to her son Channin about the shooting, she said “no.”

Jessica said her daughter always had a smile on her face and would light up the room.

“No matter what my child was doing, she always had a big smile on her face that will change everybody’s mood when she entered a room,” Jessica said.

“I shouldn’t have to go through this, Jessica said. “As a mother, I need answers and for CMPD to do their jobs and stop trying to sweep things under the rug and tell what really happened.”

The North Carolina Beat has not yet received the police report requested as of Monday evening.

EMAIL THE CHARLOTTE-MECKLENBURG POLICE DEPARTMENT CHIEF Johnny Jennings at [email protected] and tell him to RE-OPEN Brittany Witherspoon’s case and investigate Channin White. OR CALL AND TELL THEM  AT 704-336-7600.

EMAIL MECKLENBURG COUNTY DISTRICT ATTORNEY Spencer B. Merriweather III at [email protected] and tell him to open an investigation into the handling of Brittany Witherspoon death by the Charlotte-Mecklenburg Police Department handling the death investigation of Brittany Witherspoon and ask him how can someone’s death be ruled a suicide or accident when the weapon was not at the scene??? OR CALL DA MERRIWEATHER AT 704-686-0700 AND TELL HIM. 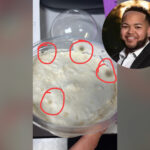 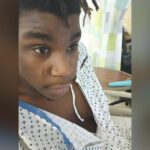