Have a story the public should know about? If so, send me your story to [email protected]

I wonder which sleazebag out of this bunch was actually the “good cop.”

Members of the City Council and Williams held a press conference Wednesday to address the firings and the conduct of the officers.

Today is a challenging day for me because as your police chief, one of my first major tasks is to announce the termination of three veteran police officers, Williams said.

Michael Kevin Piner, one of the racist cops could be heard in the recording: “We are just gonna go out and start slaughtering them fucking n*ggers. I can’t wait. God, I can’t wait.”

From the looks of it, Piner’s whole career has just been slaughtered.

The former officers hired an attorney to help them fight the release of the information, but the City of Wilmington would not let that happen, so they came forward with the information, and in their words, it was the right thing to do.

Why are we releasing this information this way and at this time?  Because it is the right thing to do. Normally, personnel laws allow only a very small amount of information to be made public. However, in exceptional cases, when it is essential to maintain public confidence in the administration of the City and the Police Department, more information may be released.  This is the most exceptional and difficult case I have encountered in my career.  We must establish new reforms for policing here at home and throughout this country, Williams said.

Wilmington Police Department will be filing petitions with the courts to ask for the recordings to be released to the public.

When protests began in Wilmington on June 4 regarding the murder of George Floyd, a Seargent was conducting monthly video audits which is something that is routinely done at the department. When the Seargent came across what was labeled as ‘accidental activations’ from Piner’s car, these recordings were discovered.

The Seargent listened to parts of the recording before skipping through it when she found a conversation between Piner and Corporal Jessie Moore who had been with the department since 1997.

Conversations could be heard that were extremely racist made by Piner and Moore. The recording also recorded a conversation with Officer Gilmore who had pulled up next to Piner’s patrol car.

The investigation summary revealed that Piner and Gilmore’s conversation began at 6:51 a.m. on a date not listed.

Their conversation eventually turned to the topic of the protests against racism occurring across the nation. Piner tells Gilmore that the only thing this agency is concerned with ‘kneeling down with the black folks.’ Gilmore then said that he watched a video on social media about white people bowing down on their knees and ‘worshipping blacks,’ according to the summary.

During the conversation, all three officers starting talking about the Black officers in the department…but “Blue Lives Matter” right? Mmmhuh. It seems like Cop on Cop crimes and drama be happening too, it ain’t just Black on Black, White on White, and whatever else race you want to include.

The audio has Piner calling one of the officers ‘bad news’ and a ‘piece of shit.’

“Let’s see how his boys take care of him when shit gets rough, see if they don’t put a bullet in his head,” Piner said about a fellow officer.

The conversation then ends, because Piner responds to an alarm call.

The second of the two conversations that day happened after Piner received a phone call from Moore.

“Moore began telling Piner about an arrest he had made at work the day before. During that conversation, Moore refers to the female as a ‘negro’ and a ‘n*gger‘ on multiple occasions,” according to the summary.

He also referred to a magistrate judge, who is also black, as a ‘fucking negro magistrate.’

“At one point, Moore states, ‘she needed a bullet in her head right then and move on. Let’s move the body out of the way and keep going.’ Piner responds, ‘That’s what I have been trying to tell you,’” according to the documents.

After those nasty and vile comments about, the conversation turns to a discussion about an upcoming ‘civil war.’

Piner tells Moore later in the conversation that he feels a civil war is coming and he is ‘ready.’ Piner advised he is going to buy a new assault rifle in the next couple of weeks. A short time later Officer Piner began to discuss society being close to ‘martial law’ and soon ‘we are just gonna go out and start slaughtering them fucking n*ggers. I can’t wait. God, I can’t wait.’ Moore responded that he would not do that. Piner stated, ‘I am ready.’” according to the summary.

“Officer Piner then explained to Cpl. Moore that he felt society needed a civil war to ‘wipe ’em off the fucking map. That’ll put ’em back about four or five generations.’”

Each officer admitted it was their voice on the video. They did not deny saying any of the things heard on the video. Each officer pointed to the stress of today’s climate in law enforcement as a reason for their ‘venting,’” according to the investigation. 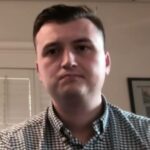 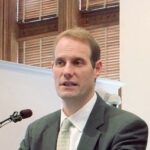