Dee Dee Daube, Raeford Brown, and Elliot Potter will surely be missed, although the three brought in low ratings.

Word On The Curb is that the show has produced low ratings ever since it hit the airwaves back in November of 2011.

It may have been the millions of dollars Daube allegedly had stolen from her late husband that kept the show on the airwaves as long as it did.

In 2017, a close friend of Co-Host Dee Dee Daube blew the whistle on Daube claiming that she was being sued by her late husband Robert,  sons.

The friend said that Daube neglected and abandoned her husband “just to get all of his estates.”

We knew Daube was in it for the money when she brought her new boyfriend to her husband’s memorial service. I mean how can your husband die and you have a new man in less than two weeks of his burial, the friend said.

Friday, Raeford Brown made the announcement on Facebook that it was their last show, blaming the show cancellation on advertisement dollars.

Our industry relies on advertising revenue to stay viable. Many retail businesses from car dealers to restaurants to hair salons..are forced to make changes when there are disasters. One change they often make is to reduce the amount they spend on advertising, Brown said.

You can tell that The New Talk 96.3 produced low ratings and that advertisers would probably waste money if they spent it on this show. While it may be true that many businesses are forced to make spending decisions during the coronavirus pandemic. I highly doubt that they were “forced” to end their relationship with The New Talk 96.3. (Truth is, the show doesn’t grab your attention)

The co-hosts said they will take a walk and don’t know how long it will be before they return.

Meanwhile, the three of us will take a leave…not sure for how long…not one that we will enjoy, and there’s no one to blame at Innberbanks Media, Brown said. 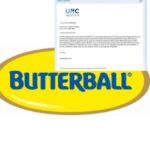 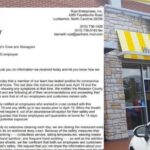