Officials in Smithfield, North Carolina, are still searching for two missing children ages 4 and 5 after they lost one inside of a rescue boat after it capsized, according to officials.

The incident happened Monday when a mother and her two children were on Galilee Road when heavy downpours of rain caused part of the road to collapse when their car was swept away in floodwaters.

Smithfield Fire Department was able to rescue the mother and one of the children but lost that child when the boat capsized after heading to safety.

Officials say three other recovery boats were capsized before the crews were able to get themselves and the mother to safety.

The children have been missing for 36 hours and Johnston County Sheriff Steve Bizzell said he believes they are still alive.

It is a search and rescue effort, he said. We still got faith that we can find these kids alive. Some may doubt that. I don’t.

The search for the two children resumed early Wednesday morning. 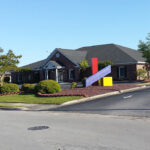 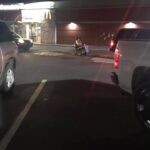