North Carolina coaching legend Phil Padgett fighting for his life, prayers for him

A North Carolina High School coach legend, Phil Padgett, is fighting for his life, according to sources.

It’s unfortunate when you hear things like this happening to good people, I mean good people, and it makes you wonder why bad things happen to good people? But, I’ve always learned never to question what God is doing; instead, we need to pray.

Coach Phil Padgett is a legend to me, and I am sure to thousands more in Eastern North Carolina. He spent 33 years at Southwest Onslow High School in Jacksonville, North Carolina, leading the Stallions to a 295-69 record in his 27 years as head coach. Padgett led the Stallions to seven state finals, bringing home four state championships (three 2-A and one 1-A).

Coach Padgett retired in 2014, but in 2017, he returned to the sidelines to head coach football at the Cardinals stadium at Jacksonville High School, and in 2018, the Southwest High School football field was named after him in his honor.

I don’t think anyone will ever understand the agape love that Coach Padgett had for his players and coaches.

When I played football at Southwest Onslow High School on the Junior Varsity team, I enjoyed talking with Coach Padgett, who always told us to go out on the field, win and have fun. We did just that. (Pictures of me below) 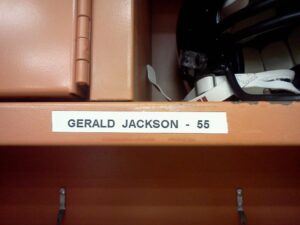 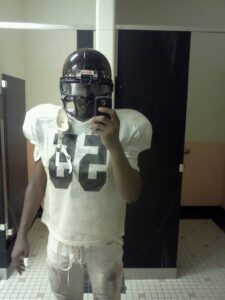 Sources tell The North Carolina Beat that they don’t believe that Padgett will make it, but if you know Padgett, you know he is a man of Faith who believes God can do anything but fail.

I won’t disclose any further details about Padgett’s battle at this time.

To Coach Padgett and his family and friends, our prayers are with you!

Class of 91. He was my driver’s education teacher and my PE TEACHER. get well. Or

Praying,such a great Man-Drivers Ed was the best I’m praying hard But sometimes our Lord just needs you right away, it hurts us so much To the ones left behind??❤️

You got quite a few things wrong just letting you know

What is wrong, Parker?