A mother, family, friends, and school is mourning the loss of a freshman Aggie killed in a weekend shooting in Greensboro, North Carolina, at a party.

Greensboro Police Department said they responded to a shooting near the 900 block of Omaha Street around 12:20 a.m. Upon arrival, 18-year-old Jalen Scott Dunston of Raleigh was found suffering from a gunshot wound. Officials said CPR was performed at the scene, but Dunston later died due to his injuries.

Dunston was a student at Southeast Raleigh Magnet High School, where he played football. He had a whole life ahead of him. He was fresh in college as a nursing student at the College of Health and Human Sciences at NC A&T.

On Sunday night, his mom, Erika Jones, a lawyer at Law Offices of Erika Jones PLLC, told local reporters that her “soul is going to hurt for the rest of my life.”

Mrs. Jones said that her son was attending an outdoor off-campus party before returning home to Raleigh for the holidays. She said she let him go because his grades were good, but it was a decision that she regrets.

Dunston was not alone; he was accompanied by a friend who prayed with him as emergency personnel arrived on the scene.

The suspect is unknown. 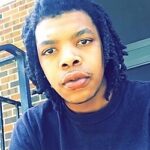 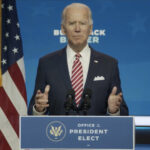