Is this an April fool’s joke in June? LOL!

Iran has issued an arrest warrant for President Donald Trump and has asked Interpol for help in detaining him.

While Trump should not be worried about being arrested because it’s just not going to happen (I don’t think), it does escalate the tensions between the two countries.

Tehran prosecutor Ali Alqasimehr said President Trump and more than 30 others that are accused of being involved in the strike on Jan.3 is facing “murder and terrorism charges”.

Alqasimehr requested that a “red notice” be put out for Trump, which represents the highest-level arrest request issued by Interpol. Local authorities generally make the arrests on behalf of the country that requests it. The notices cannot force countries to arrest or extradite suspects but can put government leaders on the spot and limit suspects’ travel.

Do you think Iran will be successful in arresting President Donald Trump? 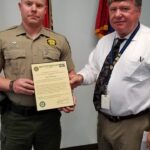 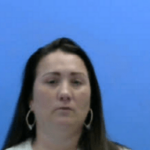