15-year-old Quawan “Bobby” Charles death is now a mystery after leaving home with his 17-year-old friend and the teen’s mom without permission on October 30, 2020.

His 17-year-old friend’s mother, Janet Irvin, came to his home and picked him up without his parents’ permission. About 3:00 p.m. that day, Roxanne Nelson, Charle’s mother, said she called him in an attempt to find out where he was. Later that night, around 8:00 p.m., Nelson called 911 to report her son missing after not hearing from Charles.

Baldwin Police Department and West St. Mary Sheriff’s Office came out to Nelson’s residence. The family told the police what was going on, and they told the family that Charles was probably at a football game or something, which is unusual, especially if you’re calling to report your child missing.

Despite the family’s plea, no Amber Alert was ever issued for Charles.

Charles’s family say they were also told that he drowned, but they don’t believe it and are now asking for an independent autopsy.

They still have not shown us where Quawan was or what creek he was found at. We can’t even go and put up a cross where he was found at. They’re being very discreet, Celina Charles, the spokesperson for the family says.

A photo of Charles’s body has been circulating on social media, which is another reason the family doesn’t believe Quawan drowned.

I mean, his face is disfigured, and I don’t believe that someone drowning face would look like this, and something couldn’t have eaten him without eating all of him or disfiguring his whole body. It just doesn’t make any sense. Somebody murdered this boy!

LOOK AT QUAWAN BODY BELOW:

Many say Charle’s body resembles 14-year-old Emmit Till who was lynched in Mississippi in 1955 after being accused of offending a white woman in her family’s grocery store.

Ron Haley, the family’s attorney says the family was told a lot of things.

They were told things like he’s probably at a football game, probably here there, anywhere else, and we don’t know if those delays could’ve contributed to his death, Haley said.

Haley in a release says they are demanding the arrest of any party involved in the death of Quawan “Bobby” Charles. They are also asking for the preliminary findings of the coroner as to the cause of death and answers from the Baldwin Police Department as to why an Amber Alert was never issued for Charles, according to a local media outlet.

The family has started a GoFundMe Account for an independent autopsy. 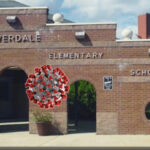