A man Durham, North Carolina police are looking for said he stabbed his 2-year-old son’s mother because she cheated on him.

Emerson Melendez is wanted for abducting his 2-year-old son, Jeremy Rivas-Munoz after he stabbed their child’s mother during a domestic dispute, according to police.

In a Facebook post-Thursday, Emerson said everyone judges him without knowing what he really goes through on a daily basis. (READ POST BELOW)

Jeremy is approximately 2’10” tall, weigh about 35 pounds. He has black and brown eyes and was last seen wearing a light blue shirt and black shorts.

He is with his 22-year-old Father who stands at 5’10” tall weighing around 170 pounds with black hair and brown eyes.

Police say Melendez was last seen wearing a black shirt and tan shorts, he has a skull tattoo on his neck and a rose tattoo on his left hand.

He could be traveling with the 2-year-old in a blue sedan, possibly a Toyota.

If you have any information regarding this abduction, call 911. 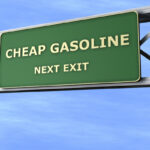 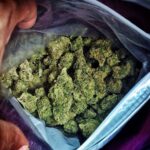