The monster who killed a 13-year-old Hania Aguilar in November of 2018 has been released, according to Vine link. 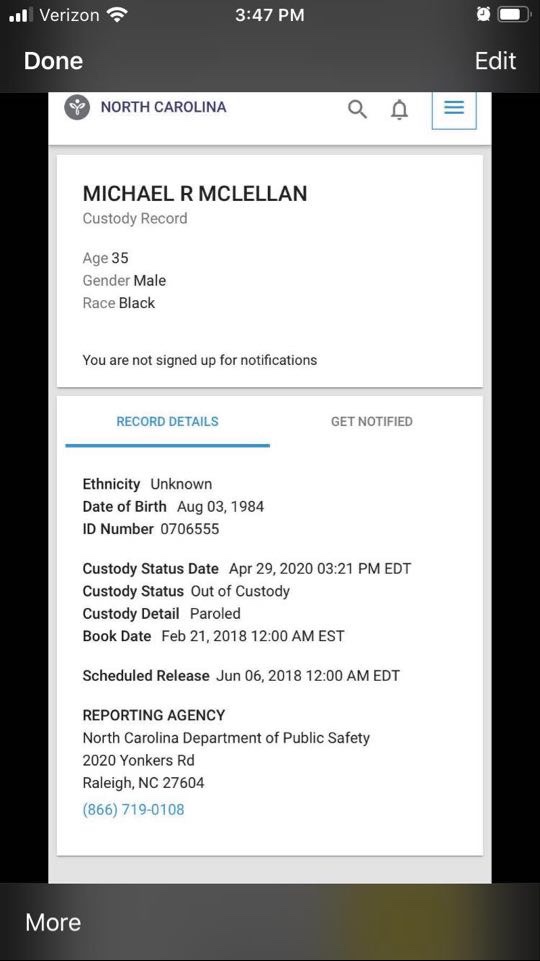 It was The North Carolina Beat who broke the story to you back in 2018 about Michael R McLellan being the man responsible for kidnapping, raping, and killing Aguilar. The FBI consistently denied our reports until one week later, when they charged him in her death.

Wednesday, hundreds of people all over North Carolina received an alert that he had been released from custody.

McLellan has no bond in the case.

Since McLellan never successfully completed his post-release from when he was released in June of 2018, when he caught the new charges for the death of Aguilar, he was sent back to prison to complete that sentence. Now, that he has finished his prison sentence completely, he will be returned back to the county jail (the location of jail is unknown at this time) pending his murder trial.

No worries. He’s still in jail!